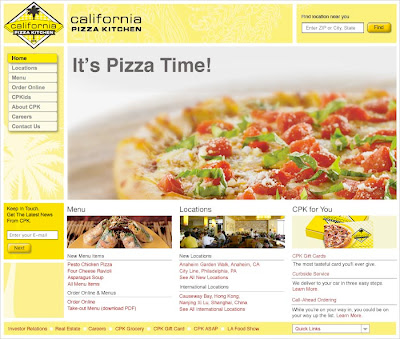 one. i’ve never been skydiving. i’m alright with this.

two. i can’t dance very well. i’m alright with that, too.

three. i can’t whistle. i’m not so alright with that. i try. but nothing happens. oh, and that thing where you put your fingers up and blow, like to hail a cab? i definitely can’t do that.

four. i think you know about a guy after three dates. hell, i think you’d know about him, really, after the first. but the next two clinch it. i’ve only ever known twice. and of course, neither of those times mattered all that much. i don’t see the point in wasting time with a guy. mostly cause i did it once. that won’t happen again.

six. i had travis tritt in my head this morning while at work. i was not alright with that, either.

seven. my friend swissy and i made a pact that i would write five pages a week and email them to her on saturday. i’ve not written one yet. go me.

eight. my mouth hurts. i imagine it’s gonna hurt a lot more at the end of the day.

nine. nothing tastes good right now. this is a huge suck. oh, and i’m starving. also a huge suck.

ten. and the ice that’s pressed to my cheek? i’m not sure it’s doing much good.

eleven. i don’t like my handwriting. maybe i’ve mentioned that before.

twelve. if i had to rebuild my cd collection, the ten cds i would purchase first are: the best of van halen: volume one, u2’s the joshua tree, stevie ray vaughan and double trouble’s greatest hits, counting crows august and everything after, a fine frenzy’s one cell in the sea, zz top’s greatest hits, pearl jam’s rearview mirror, sarah mclachlan’s fumbling towards ecstasy, the airborne toxic event and what made milwaukee famous’ trying to never catch up.

thirteen. the ten dvds: star wars: episodes iv-vi, the lord of the rings trilogy — the director’s cut, eternal sunshine of the spotless mind, star trek, pirates of the caribbean: the curse of the black pearl, steel magnolias, playing by heart, for love of the game, the family stone and dedication.

fifteen. for some reason, in the days before any time i go under anesthesia, i feel compelled to purchase a large box of crayolas and coloring books. it doesn’t matter if i’ve got a perfectly good box of colors and books already. i will go out and buy more.

sixteen. the worst pain i’ve ever felt physically? knee reconstruction was a bitch. mentally? despair and madness beat a broken heart every time.

eighteen. i’ve never passed out from being drunk. i have gotten so drunk, though, that i couldn’t read the text on a television screen that was a mere five feet or so from my face.

nineteen. favorite pizza is california pizza kitchen’s blt. when i lived in san antonio, there was a cpk five minutes from my apartment. i must’ve eaten there once a week. oh, i miss that place.

twenty. my day was reclusive because i got a tooth yanked out, and so now i am sitting on the sofa with a bag of lima beans pressed to my face, listening to the fountain churning the water in the backyard’s pool, the shrill ring of the telephone, the hum of the refrigerator and my fingers hitting the keys. it’s kind of nice, actually. it’d be nicer still if the vicodin i just took to make my mouth stop hurting wasn’t making my stomach twinge because i’m HUNGRY! grrrr.

twenty-one. chicken spaghetti would be really good right about now. but i’ve to settle for soup. at least it’s wonton.

twenty-two. i like red better than pink. except when i’m buying lingerie. i don’t know why this is.

twenty-three. i’ve off the next two days! WHEE!

twenty-four. which means i should get some writing done. (yeah, like that’s gonna happen.)

twenty-five. i’ve never blocked anyone on facebook. i have, however, blocked guys on dating websites. and i have defriended people on facebook. sometimes i feel guilty about this. it doesn’t happen often.