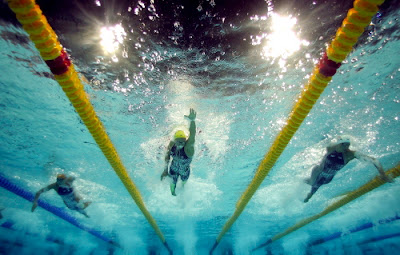 one. that adele song that they keep playing on the radio? the one i hear every time i change the radio to ninety-six point five? i am tired of hearing it. i was annoyed that it was playing in my noggin as i began typing this.

two. i was generally annoyed yesterday.

three. this getting up at three a.m. is really getting old. this going to bed at eight p.m. in hopes that i will fall asleep by nine is getting older.

five. but if i don’t get out of my parents’ house soon …

six. while my father enjoys his hours of relaxing in his recliner, flipping the channels mercilessly, talking incessantly and then getting onto us for talking whenever the dialogue of the show is more interesting to him than ours is, while my mother caters to his every need (my parents are old-fashioned. most of the time, i’m alright with this. i’m a pretty old-fashioned girl myself. and i’m alright with that, too.) … while my father has hours of relaxation time, i do not. yesterday, for example, i was seated on one of the glider rockers in the den, next to my father’s recliner, playing on my laptop, reveling in the light of the evening sun that flooded the rooms of the first floor of our temporarily, blissfully silent house. i had about ten minutes of this before my parents came home. and then my father wanted my input on what we should watch. wanted to know why my day wasn’t great. i could not have more than two minutes to myself to collect my thoughts and unwind. because there was his need for conversation. my mother’s need for me to eat dinner when she was ready for me to eat it. my need to do laundry and shower.

seven. i do not understand why, when i attempt to do good and selfless work, when i attempt to volunteer my time and energy, when i feel compelled to drive ten hours out of my way to do this, the good lord says hell no. you must work retail instead, and beat people senseless with pressure to create registries and obtain store charge cards and solicit their email addresses so that your company may barrage them from a distance as well as at close range … persistently.

eight. i do not understand why i cannot be content with my life.

nine. i’m excited to have gotten new followers in the past few days. and grateful and flattered that yall felt compelled to follow picky. now to just keep you here. :]

ten. the right corner of my mouth is so chapped that it’s cracked. toothpaste causes this. i should know better than to try others, seeing as how my skin is so particular about the products with which it comes in contact.

eleven. i’ve had way too much caffeine lately. perhaps this is why i have felt so agitated. it could also be the reason i can’t get to sleep by nine p.m.

twelve. back in the day, i got my kicks from music, movies, romance novels, writing, swimming (god, i loved being in the water, especially at a meet during a medley relay) and walks/rides around my neighborhood. come to think of it, i still get my kicks that way.

thirteen. best relay ever. the americans had a body-length lead going into the last leg, and ian thorpe reduces it to a head just by his dive. i’d been sitting on my coffee table, right in front of the tube when the relay began, and by the end i was jumping up and down on my fine piece of furniture. we weren’t supposed to win this one. the australians were supposed to own it.

fourteen. sometimes, i am sorely, sorely tempted to start smoking again. yesterday was one of those days. but, thankfully, i managed to get through it.

fifteen. my mom made angel food cupcakes topped with strawberry icing. i think i’ve polished off about half of them already. oops.

sixteen. the question i am tired of hearing is something similar to are you working tonight? because four a.m. to my father is night to him. but really, i’m more tired of anyone asking me if i’m working on a certain day. i have three jobs. the chances that i am working at least one of them on any given day is quite good.

seventeen. the last thing i broke was one of the pushers the planogram team uses to divide product on a shelf. it’s called a pusher because it functions sort of like a pez dispenser in that it keeps merchandise close to the edge of the shelf.

eighteen. i’m sick to death of hearing that there’s someone out there for everyone. horse shit.

nineteen. my first frivolous purchase if i won a million dollars would be a plane ticket to ireland.

twenty. if i was given a choice between great wisdom and great wealth, right this very second i’d have to go with wealth. because with great brain power comes great depression. and with great wealth comes debt-freeness. (of course, i know that’s not how it really works … at least with the great wealth bit … i’m well aware of the number of lottery winners who have blown their wads within a year or two).

twenty-one. the hardest luxury for me to give up would either be my laptop or my bed. the laptop because that is my time to chill … to attempt to relax, anyway (i’ve such a difficult time doing this … blame it on the brain power) and the bed for obvious reasons.

twenty-two. if i were stranded on a desert island for a hundred days, the five items i would bring are dickens our mutual friend, a carton of mead fivestar five subject notebooks, a carton of papermate comfortmate clicky pens,  a carton of off bug spray and a bic lighter (for which to set trees on fire when i’ve become bored with being stranded).

twenty-three. my favorite piece of jewelry is the aquamarine ring my younger brother gave me.

twenty-five. when i go to burger king in the morning, it’s usually for breakfast, and i usually get the double croissanwich with sausage and bacon. if i go for lunch or dinner, i either get a whopper (the regular or the junior, depending upon how hungry i am) with cheese, lettuce and mayonnaise or the chicken fries. with a coke. always with a coke.