one. the only film in which i’ve liked timothy olyphant is catch and release.

two. i love the music in seabiscuit. hell, i love seabiscuit. which is odd, because i don’t like tobey maguire or chris cooper. and i’m not crazy about jeff bridges. he’s good in this movie, though. i never get tired of watching this film. ever.

three. i rarely get tired of watching miracle. this film’s got some of the best opening credits i’ve ever seen. and i love its music, too. it’s perfect. i like that buzz schneider’s character is portrayed by his son. i think that is SO cool. and jack o’callahan? he’s a badass. LOVE him. 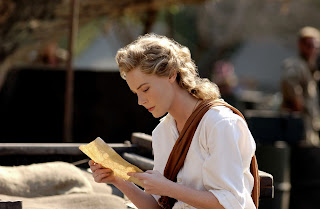 four. the great raid has one of the most powerful opening scenes i’ve ever seen. i am horrified by what man is capable of sometimes. but i’m immensely grateful that this film exists, because it also shows how amazingly resilient the human spirit can be, how brave, how beautiful. i am astounded by what man can accomplish when he’s embraced those traits. a battalion of army rangers go up against ten thousand japanese to rescue five hundred american prisoners of war. it is the largest rescue effort in the united states military’s history. one of the best stories i’ve known. i love joseph fiennes, marton csokas and benjamin bratt in this film. love them. plus it’s got sam worthington and james franco in it. and there’s a pretty good love story, too.

five. the film beautiful boy makes me weep. not the whole thing. well, i only caught the last half. but i’d managed to get through it without being too affected until the last scene. and i won’t be able to watch stories on the news about an adolescent or young adult doing something heinous without imagining the hell his or her parents is enduring right then. not that the hell the victims’ family is in isn’t horrific. but i’ve only thought of theirs. and there’re other people hurting. and their pain is so different.

six. i’m over kitkat ads. i thought they were kind of clever at first. but i’m tired of’m now.

seven. kind of like the pappadeaux’s barstaff is probably over my camping out there. i had to wait nearly twenty minutes one sunday just to get a glass of iced tea, because there were other guests. like because i’m there so frequently means they don’t have to be as good at serving me. that kind of pissed me off.

eight. i have a hard time motivating myself to get moving. a lot. like sometimes, i’d rather watch things like reruns of deal or no deal on the game show network or millionaire matchmaker on bravo than go to the gym or write. there are some crazy people on these shows.

nine. i’d concluded the gist of writing on the first novel in the trilogy for the gang on march second. i do have a few scenes to input here and there, and there is one chapter that will need some serious tweaking, but i reached my page-count goal and am close to my word-count goal. so i’m saying the writing is finished. on to the editing … 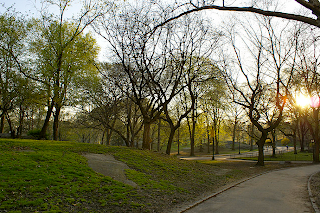 ten. the only reason i’d want to go to new york city is to see central park at daybreak, before it gets lively.

eleven. i heard some woman in an advertisement for the bravo show shahs of sunset say something like the two things she hates are ants and ugly people. i don’t like that i automatically assume she meant physically ugly. i forget to consider that there’s a chance, when a person uses that word to describe someone else, that they are referring to physique and personality. but that word offends me more than any other word in the english language.

twelve. there’s an advertisement for cotton that features zooey deschanel singing, the music reminds of camera obscura. and i love their music. not sure i love that ad, though.

thirteen. baseball bores me. i don’t even much care for films that are centered around it. field of dreams? blah. bull durham? BLAH. major league? ridiculous. (i used to like that one. when i was a silly teenager. and then i got tastes.) there are exceptions, though. i love fever pitch. i LOVE for love the game (even though it’s got kevin costner in it. i am so not a fan. kelly preston’s character’s pretty cool. and she’s really good in it. and i like the music. and i like its opening credits (probably because of the music). plus, john c. reilly is in it. i love him. he is so cool here. but the biggest reason i love this movie is because of the story. here’s a guy who’s facing major changes in his career and his relationship with the woman he loves, and he’s gotta pitch in a baseball game that means little to his team in their playoff efforts but a whole lot to the opponent in theirs. it’s full of upheaval, and i like how it depicts costner’s efforts, his thought processes as he works through it to make sense of it all.

fourteen. every time i see brian cox now, i think of his portrayal of william stryker in x2 or of ward abbott in the bourne supremacy. he creeps me out. 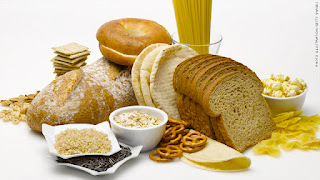 seventeen. i keep hearing people talk about how much better they feel after they’ve gone gluten free. and there is no way in hell i would be able to to this. for several reasons: breads, cakes, cereals, crackers, lunch meat, pasta, potato chips and soups. that it is basically my diet. if i were to go gluten free, i would starve to death. i quit smoking. i hardly ever eat ice cream. now you want sandwiches, soups and cereals? gimme a break.

eighteen. every time i focus on how i should better myself, i hear the eagles: these things that are pleasing you will hurt you somehow. bah. it’s like everything i do is wrong.

nineteen. the past few times i’ve prayed, i would start to ask for something, and before i could finish the question, i’d stop. i don’t know how to ask it the right way. i don’t even know what to ask for. that the things i think i need are the right things. or that the asking even matters. the monk would not be pleased with me. my mema (his sister) wouldn’t. my mommy wouldn’t. i’m not. as i typed this, images of my niece and nephew came to mind, on nights they would stay with us, just before we put them to bed, they’d look at us, with tears brimming and their lower lips jutted out far in a sad pout cause they wanted their mommy. that is the face i made as i typed this. so childish, i know. but there it is.

twenty-one. my room is a wreck. again.

twenty-two. i am very tired of having to get up at three and four in the morning.

twenty-three. i tried to give up iced tea for lent. that didn’t go so well, as i’d ended up drinking many, many more cokes in the past few weeks than i probably have in the past few months. so i apologized to the almighty and went back to tea.

twenty-four. most of the clothes i own are too small. some of these would be garments i purchased just a few months before. as unsettling as this is, as gross as i feel, i cannot find enough motivation to do much about it. 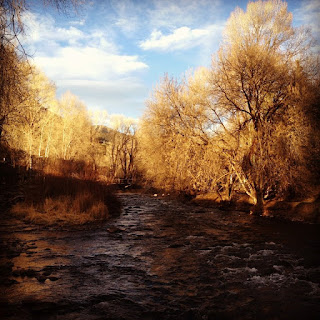 twenty-five. i miss our cabin. the wife of one of my cousins posted a photo of her sisters-in-law and she sitting on the sofa in their cabin with a comment that she loved being there, and my first reaction was to wonder if she was in the one that’s always been theirs or the one that used to be ours that her family now owns. and i was jealous. and sad.