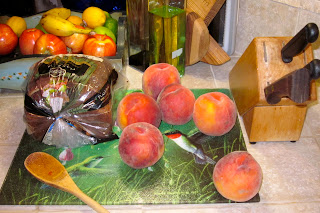 my day started off okay. i had colorado peaches for breakfast. and oh, they’re yummy.

one of my favorite managers has come back to our store to manage it, and i’ve felt pleased and blessed where work’s concerned ever since i learned of her return. or at least, i’ve tried to focus on this.

i’ve a job i usually enjoy. i get to help parents dote on their children, which is kind of nice. for instance, a young woman came in this afternoon looking for batman merchandise because they were going to do their son’s room in all things batman. and i found a beacon light, an alarm clock, headphones, sheeting… she was quite pleased with her purchases. and i was quite pleased to have helped.

but by the end of my shift, i felt like my coworkers do little more than tolerate me. not because they want to do so, but because they must. i felt so unappreciated.

this is what a tank does. a tank, for those of you newer readers, is what i call a depressive episode. and i’ve been swimming about in a tank too wide and too deep for too long lately. i can’t find my way to the surface for more than a second or two at at time. and then i plunge again to the bottom. and contrary to what some of you might think, it’s not by choice, this sinking.

when i’d gotten off work, i found a text from a friend: what’s wrong, poppet?

so i told her.

and one of her replies is that i’m the strongest person she knows.

only one other person has said this about me: my mother.

it’s just that i don’t feel so strong.

and apparently i’m too negative. too pessimistic. and according to another friend, i should consider that there’s always someone worse off. this from a woman who’s recently married and newly pregnant. and half my age.

one. i could’ve been placed in an institution for babies born with cerebral palsy. i’m quite certain i wouldn’t’ve found a reason not to end my life when i’d first considered it at eight had this been so.

two. if it weren’t for the braces doctors placed on my hips in infancy, i would’ve never learned to walk. heck, movement of any kind would’ve been excruciating. always.

three. my eyes could’ve remained crossed. or i could’ve gone blind in one of two surgeries to fix them.

four. maybe i wouldn’t’ve been smart enough to avoid being placed in special education classes. in which case, i’m quite certain i wouldn’t’ve found a reason not to end my life at ten years of age. 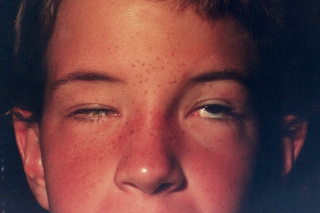 five. my eyelids could’ve remained wonky and droopy. or worse, the muscles could’ve been so weak that i couldn’t’ve lifted them to see out with no way to correct it.

six. i could have fangs. when my adult canine teeth grew in, i hadn’t quite lost my childish ones yet, and the new ones came in over my baby teeth.

seven. my knees could give out on me daily. this happening at work would be awesome. i tended to scream fuck at the top of my lungs whenever this occurred. were it to do so now, all the little kiddies would be curious. or terrified. and all the mommies would be offended. and i probably would no longer be employed after the first incident.

eight. one of those other four surgeries could’ve had some sort of debilitating outcome.

nine. my parents could turn me out at any time for being a waste and a leech, in which case i’d be living under a bridge somewhere, attempting to beg for change on a street corner every day. 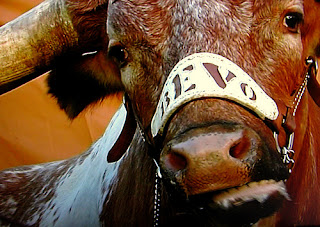 ten. i could’ve grown up in a family of longhorns… those idiots who chose to attend texas university. ugh. the horror. to have to wear that godawful burnt orange. to praise a damned cow. to idolize a band that dresses like it’s in an episode of hee-haw. to sing a fight song that sounds a lot like i’ve been working on the railroad…. (which is now stuck in my head). worse still, i could’ve been forced to go to college there. EW.

the point of all this is that i’m aware of how awful things could be. and these are just a few potential outcomes. i can imagine all kinds of possibilities, most of which are too heinous to mention here. yet, instead of some friend calling attention to them, she could offer up instead a hug and a smile and say, it’s okay; i like you because… sometimes it helps to be reminded of what makes you good. because sometimes it’s hard to see it.

i’m well aware of the ways in which my life has been blessed. i know it. every day.

but there are ways that it lacks. sometimes that lack seems to be quite great. i could use a friend to distract me. maybe doing small things like giving out some flowers or sending a care package is just enough to brighten a bleak mood.

so… to my friend who called me poppet, i love you and thank you for being there.

and to another friend, i sent you something lovely. thank you, too, for being a gracious and welcome recipient. and patient. :] 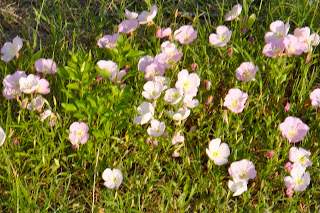 and to god, for giving me things like primroses on street corners… beauty where there should be none. it’s little things like this…

2 responses to “primroses on street corners”