more for ms. jen (but this is all you get) 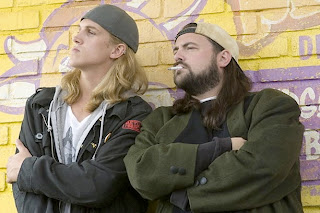 because i read a quote on a friend’s page today from the film bounce that stirred another bit of nice. well, two, actually.

she’d written a post about how much she liked gwyneth paltrow. me? not so much. except for the film sliding doors. that is a cool flick. yall should see that one. i didn’t mind her so much in that.

your company. the pleasure of your company. i want your input on video rentals. i stand there for hours. i can’t pick anything out. i want someone to say goodnight to — a last call of the day.

back to san antonio. back to borders. generally, as a rule, i was on closing detail, mostly because the inventory and office supervisors had to be there during the day. the music and cafe supers usually worked mid-shifts, and i got the closes. except for tuesdays, but that wasn’t so much because i sometimes wanted to go home and more because tuesday is usually a huge new release day, which meant the front tables needed to be reworked, which meant i would either be reworking them or overseeing the reworking. usually it was the former, which was fine, because that was my favorite part of my job.

but because i worked a lot of closing shifts and never really had a weekend off and because he worked nothing but first shifts and always had the weekend off, we only really got to see each other twice a week or so.

he’d asked me to call him when i’d gotten in from work. i’d thought that was kind of silly when he’d mentioned it. he’d be sleeping. i’d be exhausted and possibly cranky, depending on how work had gone.

but it ended up being kind of sweet, actually. i’d wake him up when i got home from work. he’d wake me up when he left for work. we wouldn’t talk for long. maybe a minute or so. mostly because one of us would be more asleep than awake. but it did put a nice little cap on my day, that last call. i did quite like the sound of his voice.

one sunday after i’d gotten off work, we went to blockbuster and rented jay and silent bob strike back. i had never seen it. he was surprised by this.

you ever try making out while that movie was playing? it’s pretty fun. i highly recommend it.