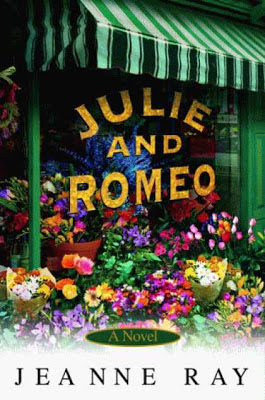 why i wanted to read it: i have a faint recollection, i think when i’d been a bookseller at borders, of seeing this book on one of the displays–a bestsellers bay or a trade paperback table or something–on one of the front of store fixtures. i remember thinking the cover was pretty. i also remember rolling my eyes at the obvious reference to shakespeare. a modern day take. how original. last year, while i’d briefly provided what ended up being free and unnecessary services to a local bookstore here, i’d come across it in the stacks of books i’d been cataloging. i read a few pages thinking it sounded cute, despite the lack of originality. and i like love stories where the characters spend most of their adult lives trying to find each other. a week or so ago, i googled best love stories and was directed to good reads’ list of fifteen hundred titles. one of them was this one.

what i liked: she waved her hand at me, a gesture she had picked up from her father. “they’re idiots. not idiots, really. they’re good guys one at a time, but when you put them together they’re like, i don’t know. a bunch of moose or something” (p. 191).

a couple of the characters–romeo cacciamani and his daughter, patience, a.k.a. plummy. that the story was a fast read. it’s cute. everytime the grandma got a piece of the story, i pictured anne bancroft playing her role. she would’ve nailed it.

what sucked: the story didn’t impress me at all. i gave it to page eighty and was gonna bail, but then, i realized there’s only two hundred pages or so to the thing. i might as well finish it. and in my mind, from now on, i will picture anne bancroft as a batshit-crazy grandma. sad.

i really need to start looking at the backs of books. i was going to read marian keyes’ lucy sullivan is getting married (found it at barnes & noble’s while at work one day. liked the cover. meant to give it a look, but never got around to it. saw it on a good reads list. apparently, it’s popular in britain or something. so much so they’d made a television series about it. story seemed cute and quick, even though the book had twice as many pages as this one. the printing? bold and heavy. pretty font. easy to read and nice to look at. oh, but the story… it’s awfully written. AWFUL). so yeah, on the back of the keyes’ book, for the brief author bio, she says that she lives with her husband and their IMAGINARY DOG. O-KAY. christian science monitor hails julie and romeo as “a captivating modern romance.” modern and romance, sure. captivating? for me? not so much. and a christian magazine’s recommending it? next time i’ll know to pass.

having said all that: keep in mind, i’m a pretty critical chick. my standards for good fiction, like everything else, are pretty high. this one’s a decent beach read, on par with some of nora roberts’ crappier tales, without the sex, of course.