Skip to content
during the olympics last month, gabby douglas didn’t put her hand on her heart while the national anthem played… 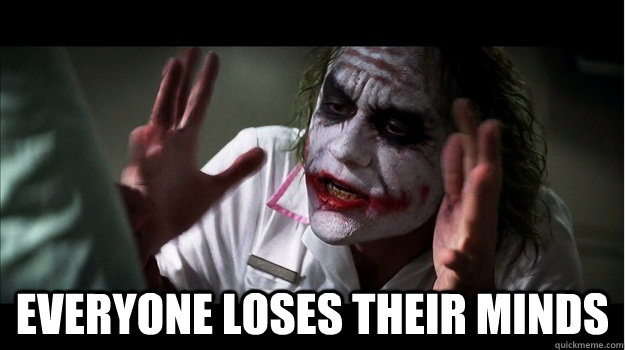 For those defending the current anthem, do you really truly love that song? I don’t and I’m very good at singing it. Like, one of the best

no. not so much. because i truly love that song. i’ve stood at kyle field with my hand on my heart and the line, o, say does that star-spangled banner yet wave, there’s a surge of emotion in me… nothing big, just a little ebb and flow of pride at how that might have looked to those men on the night of that perilous fight. how beautiful the flag was to them in that moment. and that happens every time. EVERY time. how beautiful that flag is to me, always, when the wind catches it. hell, i was at some event at one of the parks in the woodlands a couple of months ago that involved skydivers and some flags, one of which was the stars and stripes, and when the last one landed, when that glorious red, white and blue hit the ground, i instinctively took a step forward, put a hand to my heart and said aloud: get it off the ground. he was quick to gather it up because it was precious to him, too.

that anthem is precious to me. if i’m at an event and it’s playing, i will not sit and my hand will be on my heart.

but damned if this ain’t the land of the free and home of the brave. gabby douglas didn’t put her hand on her heart. so what? SO WHAT? she’s free to put her hand where she pleases. colin kaepernick chose to sit. HE HAS EVERY RIGHT TO DO SO. he knew the shit was gonna hit the fan, but HE DID IT ANYWAY. that’s courage, yall. that’s the kind of bravery francis scott key had in mind when he wrote those words. no, it’s not some galant act. he didn’t enlist in our armed forces and fight alongside those in iraq and afghanistan. he didn’t pull a child from a burning building or save a woman from the violence caused by some pitiful excuse for a man.

but there are people who have called his actions pitiful. there are folks setting fire to his jersey. i’ve heard endless bitching from almost every direction about how stupid it looks that a man who makes so many millions a year playing a game, whose black parents gave him up, who was raised in a white family has the audacity to say black men are oppressed in this country. heads up, people, plenty of them ARE OPPRESSED. still. it’s a damned disgrace. and if you don’t think it’s in your neck of the woods, go drive around the lesser affluent neighborhoods of your community… i guarantee you there are wards not so very far from you that are comprised of houses barely standing because the boards are so ancient, the materials so corroded by weather and time. there are people living in those homes, or trying to. some of them are scraping an existence with three jobs and the skin of their teeth. you can tell because their yards are tidy and those boards, as beaten as they are… the windows are clean and there are potted plants on the porch. others… you know the people inside are as dilapidated as the building in which they reside. they are bitter and full of blame; that’s their right.

there was an instance last summer in which a man was offended that i’d asked him not to stand so close to me. i needed distance because of my own limitations. he’d thought i’d wanted distance because he was black and i was white. my mother had to point this out to me. i reread that post, and not once did i mention color. because my parents made damned sure their children didn’t judge people by the color of their skin. i didn’t see a black man that day. i saw a man standing too close to me. for me, that’s all it was. but because of how i was raised, i forget to consider that others haven’t been raised that way. so for him… white privilege raising its head again. i was oblivious to it. to this day, i’m ashamed of my behavior. still. it had NOTHING to do with who he was, but my panic made it appear otherwise.

sure, maybe there’s a better way kaepernick could’ve said his piece. i understand and can respect what he’s doing and why. he’s standing for something. not literally. it’s a fucking metaphor, folks. but this cause of his, it’s good and deserving of the attention.

and as much as i don’t like that john legend said he doesn’t like the song… posting that on twitter’s maybe a little courageous.

christine teigenVerified account‏@chrissyteigen
@johnlegend settle down, you’re okay at it

god love chrissy for her sense of humor. the world needs more of that.