sunday. some dude emails me on match: hey beautiful! how’s your day going? i’m joe* and you are?

joe’s profile stats say he’s in florida, but his headline says he’s a midwest guy new to the west coast. the second sentence in his about me section says that he’s recently settled in louisiana… just an fyi, guys. pick one place. i don’t care if you’re military. more to power to you, actually, for doing what so many are unwilling to do. but… fuck, man. i know you’re all over the map; you don’t have to brag about it.

next, don’t ask us how long we’ve been on the site and how it’s going so far. if you see our profile, there’s a chance it may not be going well because the place is populated with an array of idiots, and some of us are choosy. i know what you want that answer to be: not long, and it’s been interesting. the reality? five months, and not well.

i don’t lie all that often, and never to strangers. i don’t see the point in that; if i’m gonna bother to fashion some fiction for people, it’s because i’m shielding those who matter to me from something ugly. i’m not gonna waste my time concocting bullshit for someone i don’t know, unless i’m getting paid to do it. i prefer direct, but it usually gets me in trouble. lying is for writing, and i’m damned good at it. in life, i try to be honest. i think picky’s a pretty good reflection of just how honest i’m capable of being. shit, i share stuff on here that i haven’t shared with my family, but that’s because i like to spare them the dirty details. they get to see me on my ugly days. i spare yall from that… a lot, so much more than it appears. anyway…

being on match is essentially a waste of money, but i’m bored and a romantic… and if a guy does write me, i usually write them back, even if i think he could be an idiot.

guy wanted me to text him. so i said i would, but only if he wouldn’t use the word beautiful with me ever again. yall use it too often and too readily — too loosely — and have cheapened it. it’s worth about a penny when it should be worth a thousand bucks. at least.

i told him to text me tomorrow (monday) because the packers game came on in two minutes, and i was gonna be busy admiring aaron’s form and physique and jordy, randall and clay’s mad skills.

i didn’t know that bulaga and bakhtiari were out, and i’d forgotten that the falcons beat the pack twice last year (i think?) and were likely to be picking off packers all night.

so… not a good night for me. i felt like this. the whole goddamned game.

in the middle of it, i notice that the idiot texted me: hello. i didn’t acknowledge it. in fact, i acted kind of like aaron rodgers does in that there gif. tomorrow is apparently a word with which this particular idiot is unfamiliar.

so i text him the next day: hello.

and then i get a text from him clarifying that it’s joe from match. no shit, sherlock. i couldn’t figure that out from the number you’d provided the day before.

what’s he do? how’s your day going, beautiful?

i am not pleased, but i figure, fuck it. we text back and forth that day, and i’m cordial enough.

the next morning, i get a text with this shit: a cup of hot hello, a plate of crispy wishes…

it’s like seven or eight lines of schmaltzy, shitty, STUPID words. i looked at my phone kind of like aaron rodgers does that tablet at the start of that gif and struggled to find some decent way to acknowledge this pitiful excuse for a text. he didn’t type that shit. i doubt he’s capable of even being that poetic, as lame as it may be. but… i didn’t want to be mean, so i said something like: that’s a pretty way to start my day. and then i tossed my phone aside.

that was all i got from the idiot the whole day. but, to be honest, i didn’t care to, because REALLY? this guy’s five years older than me. what’s he doing sending me shit like this?

i go about my day, hang out until about two a.m. with some friends. crash about an hour later.

and about two hours after that my phone wakes me up, that double beep it makes when someone’s sent a text. the light’s glowing. i’m annoyed that the thing’s woken me up. i assume it’s some of my writing friends (they’re fond of sending group texts early in the wee hours of the morning).

it’s not. it’s the idiot. with another one of his cheesy wake-up texts. these words: 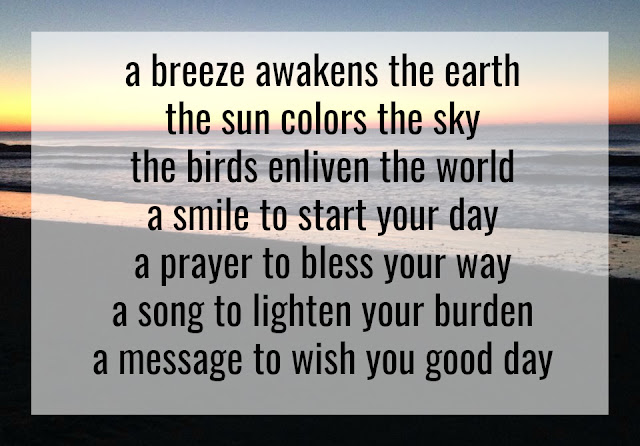 it’s barely five a.m. i’m too tired and too annoyed to be too civil: ok. i know this seems like a good idea to copy and paste this stuff to me, but it’s actually not.

i turn my phone off. sometime between five and ten a.m., when i turned my phone back on, i got a hey from him. i’ve not replied. all i’ve got to say is hey, and what’s the point?

i keep thinking of the film hitch, when will smith says try harder stupid.

*name changed to protect the idiot.

One response to “hogwash”