forty in forty: the rest

twenty-one. you don’t need alcohol to have a good time. in fact, if you’re relying on that stuff to make a moment memorable, ask yourself why you’re in that moment in the first place.

twenty-three. when you have that strong impulse to cut all your hair off SHORT (to be read, buzz-cut), the urge WILL pass. let it. because growing your hair out again… that’s not fun.

twenty-four. and hair-dye? bleach? it’s okay to have fun with color. but don’t go crazy with it. and when i say crazy, i mean bleaching it, then dying it black three weeks later.

twenty-five. be careful with love. she’s tricky; she wears all sorts of masks just to trip you up. try not to confuse one for another. try not to stumble.

twenty-six. when you do, forgive yourself. it’s gonna happen. blaming yourself for being clumsy ain’t gonna help you heal.

twenty-seven. single roses are better than a dozen of’m.

twenty-eight. if you think you may be losing the boy, you’ve already lost him. let him go.

twenty-nine. speeding is dumb. you’re not gonna get there that much faster. you will, however, stand a good chance of catching the attention of that highway patrolman you just passed going sixty-five in a forty-five. so it’s a straight shot from points a to b. so the road’s wide and well-maintained, and wonder of wonders, you’ve got it all to yourself (or so you think). so it’s a BEAUTIFUL day out. so you’re late to work. that cop? he’s not gonna care about any of that. and that ticket? you’re not gonna like paying it, and your insurance company’s not gonna like that you were so stupid. 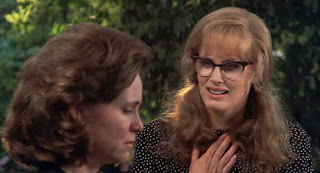 thirty-one. don’t live beyond your means. and don’t go for the flash. it’s called flash for a reason.

thirty-two. horrible bosses are everywhere. if you love the work, if you’re confident in your ability to do the job well… don’t let an evil bastard distort your view of the workplace. buck up. focus on the work, not the workers.

thirty-three. it’s okay to take a day and do nothing. but just one. not several in a row.

thirty-four. kicking the nicotine habit’s a bitch. but it can be done. the money you’ll save in dental work alone is worth the effort to quit.

thirty-five. it’s easy to hide in your room, just you and your computer. and yes, sometimes the quiet is necessary. but so is the chaos that comes when you’re out there, interacting with the world.

thirty-six. friends are supposed to make you feel good about yourself. not great, not grand. but not small or insignificant, either. if you ever feel as though you are less than special around one of them… if there ever comes a time, no matter the moment, where you don’t feel comfortable in that friend’s presence, for whatever reason, don’t sit on it so that it’s stewing and simmering. don’t think that it’s nothing. it’s something to you. and something should be said. soon. and if that friend can’t respect you for having the decency to stand up for yourself, for saying i don’t appreciate this… then that person’s not that good a friend.

thirty-seven. speaking of cokes… it IS possible to limit your carbonated, caffeinated beverage intake to three per year. i highly recommend striving to reach such a seemingly lofty goal. once you have achieved it, don’t go back to the routine.

thirty-eight. forty-five minutes is much too long to wait for a dinner date. twenty tops. if he’s not there by then, he’s not a man you need to know. i only say this because you may be tempted to sit at the bar and drink a couple of martinis while you wait. and nothing, NOTHING good will come of that.

thirty-nine. on a date, never split the check.

forty. this milestone… the big four-oh? it sucks. i’m not a fan. just be aware. thirty? it’s got nothing on forty. NOTHING. forty’s when your body starts saying, okay, you can stop now.

2 responses to “forty in forty: the rest”