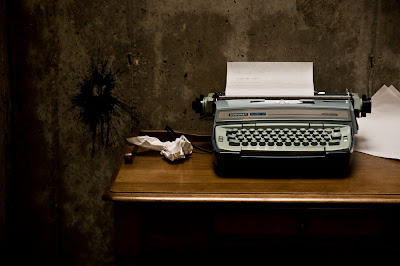 What would you like to communicate most as a writer? — Brother Nicholas

Reality. Not my own because I find mine, ninety percent of the time, to be unpleasant. Of course, this is solely because, in my adolescence, my reality was one of endless ridicule and rejection due, partly, because of the way I responded to situations then. Maturity…I hate to use that word when talking about myself because I believe I am quite immature so maybe I should use age instead. Age, then, allows one to realize that ridicule and rejection aren’t caused entirely by the one doing the ridiculing and rejecting but by the person suffering those things, as well. It’s like manifest destiny. My world outside of my family lead me to believe I was worthless. And believing it, I furthered that belief and made it even more real. Which only lead to more ridicule and rejection. I can take the blame, for some of this, as I should. Some, but not all. The consequences of having a reality such as this as a young adult, once I had better constructed that world for myself, is that I continue to believe, as a woman, that what the world sees of me, in me now is the same view that the world saw then. Which is deluded and paranoid, I know, and, thus, not true. I’m well aware of this. Despite the knowledge, though, I’m always surprised to find that people actually find me nice and funny. The funny is far more surprising. Hopefully, all that made sense.

I’ve heard a person should write what she knows. And because I’ve lived the solitary, observant-but-never-included sort of life I have I don’t know anything else but me. I’ve never really felt as though I belong here. Never really learned how to converse with others, how to communicate with them, how to relate to them, never felt confident enough to do so, even if I had known how.
I know how it feels to hurt, to hate, to be angry and ashamed. I know how to cry, how easy the tears can come, how hopeless they can be, how difficult it is to prevent them from coming. But more, with tears, I know how much the world hates to see them. How they’re reviled things, a sign of weakness that should never be shown. Because no one cares to see them. No one cares to hear about misery and shame.
So, not my reality because obviously my world is clouded, still, by the past and heavy with the rain that still, much to my dismay, comes ever so willingly.
But other people’s. Common, ordinary, every day folk whose delusions and paranoia, hopefully, are practically nonexistent, who are just moving from Point A to B. The world exactly as it is seen through their eyes, exactly as it is felt. Their thoughts and the more dissimilar they are from my own, the more interesting I think they’d be to express, the more challenging. I’d much rather be able to get inside someone else’s head than roam around in my own. After thirty years of it, I think I’m familiar enough with the territory of mine. I want to see what someone else’s looks like. What being someone else is like.
for the fourth inquisition essay, go here.
this weeks wisdom is thus:
happy is the man who finds wisdom,
and the man who gains understanding;
for her proceeds are better
than the profits of silver,
and her gain that fine gold.
she is more precious than rubies,
and all the things you may desire
cannot compare with her.
length of days in her right hand,
in her left hand riches and honor.
her ways are ways of pleasantness,
and all her paths are peace.
she is a tree of life to those who take hold of her
and happy are all who retain her (proverbs 3:13-18).

2 responses to “fifth and wisdom”